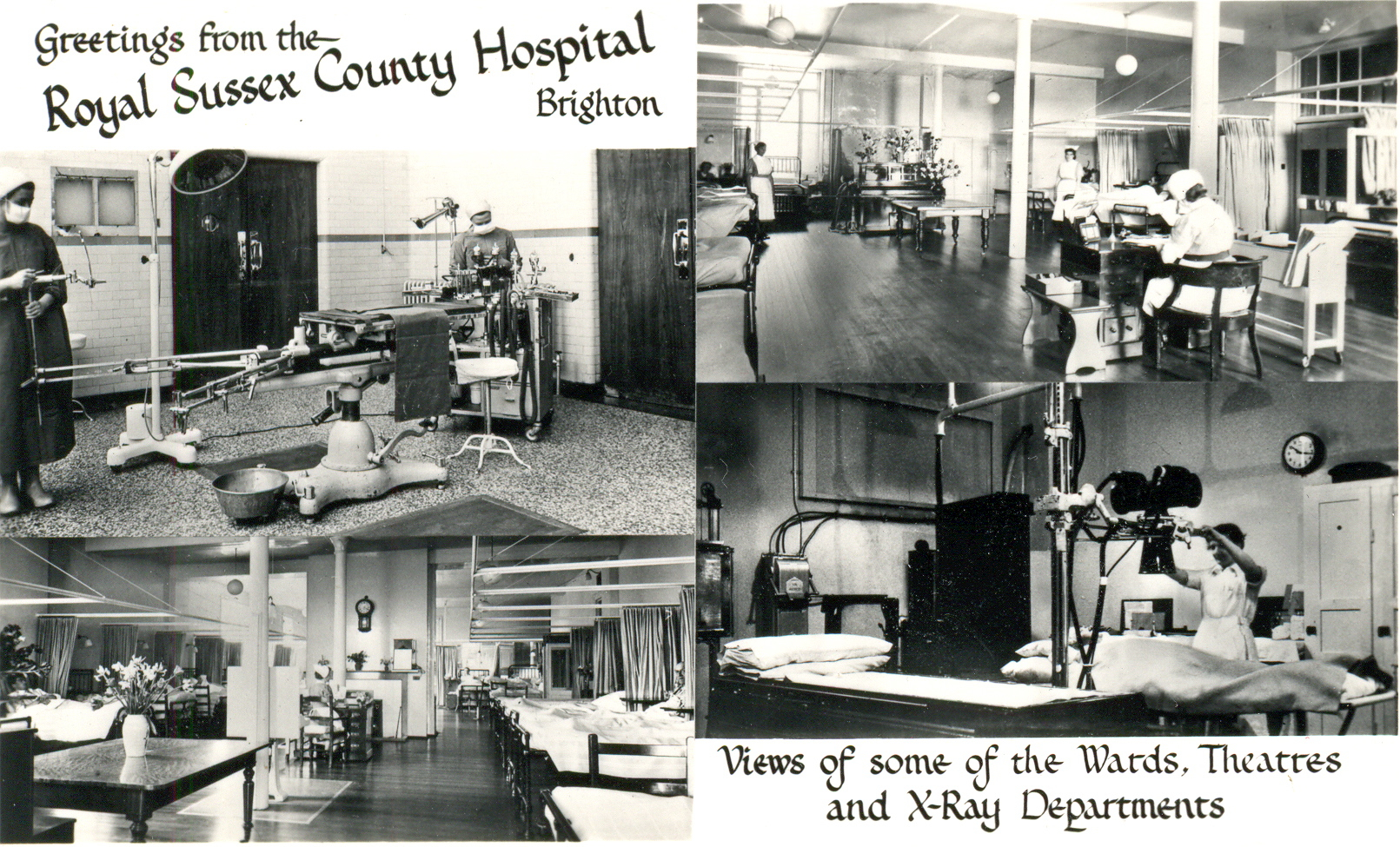 In 1920, a £2,000 grant was provided by the Joint War Committee of the Red Cross and Order of St. John, which contributed to the construction of a new Orthopaedic and X-Ray Department. Plans were drawn up by Cawthorn from 1922-3, and James Barnes & Sons were appointed contractors. Detailed drawings for the steel windows in the building were provided by Henry Hope & Sons of Smethwick.

The new department was comprised of converted rooms at the east end of the hospital, a new single storey brick building in the space between the Adelaide and Stewart Wings, which was to form the X-Ray department and a link to the main building.

The department was formally opened in December 1923 with orthopaedic equipment and new electro-cardiographic equipment installed.