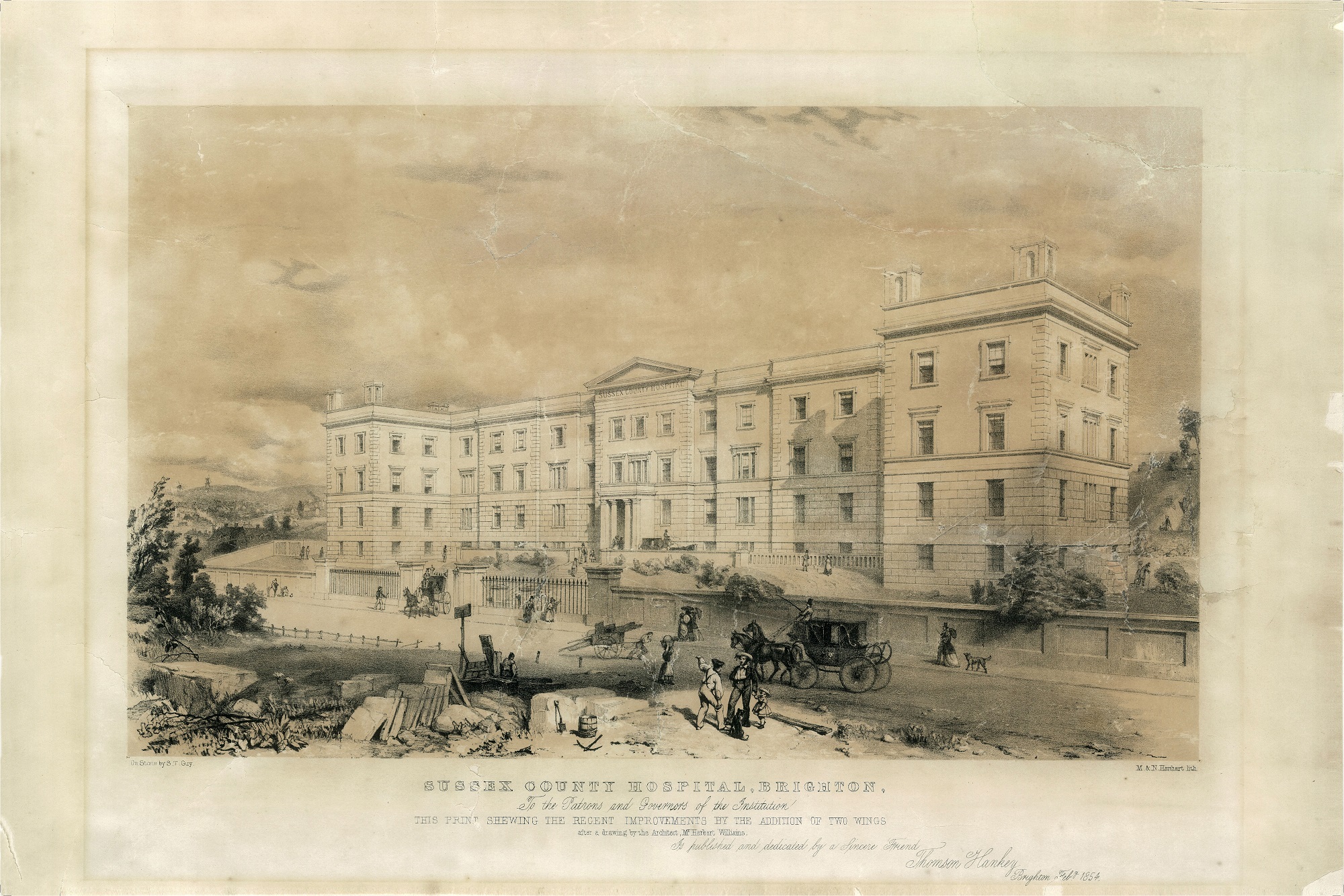 Illustration taken from an architectural drawing by Mr Herbert Williams in 1854 to celebrate the addition of the east and west wings to the (Royal) Sussex County Hospital, completed in 1853.

Inpatients rose from 604 in 1834 to 1,065 in 1851, which prompted the development of additional wings. An appeal for funding raised £4,300, with the greatest donations coming from the Marquis of Bristol and William Catt. Herbert Williams (designer of the Adelaide Wing) was appointed architect and drew up plans for large extensions at the east and west ends of the hospital.

At the west end a sizeable extension included a large ward twice the size of the Victoria Wing, which was named for the Marquis of Bristol. There were also new bathrooms and lavatories installed. The foundation stone was laid by Lady Jane Peel on 21 September 1852. At the east end the Fever Ward was extended and linked into the main building. These buildings contained several characteristics similar to the original building and reinforced the symmetrical nature of the hospital from the south.