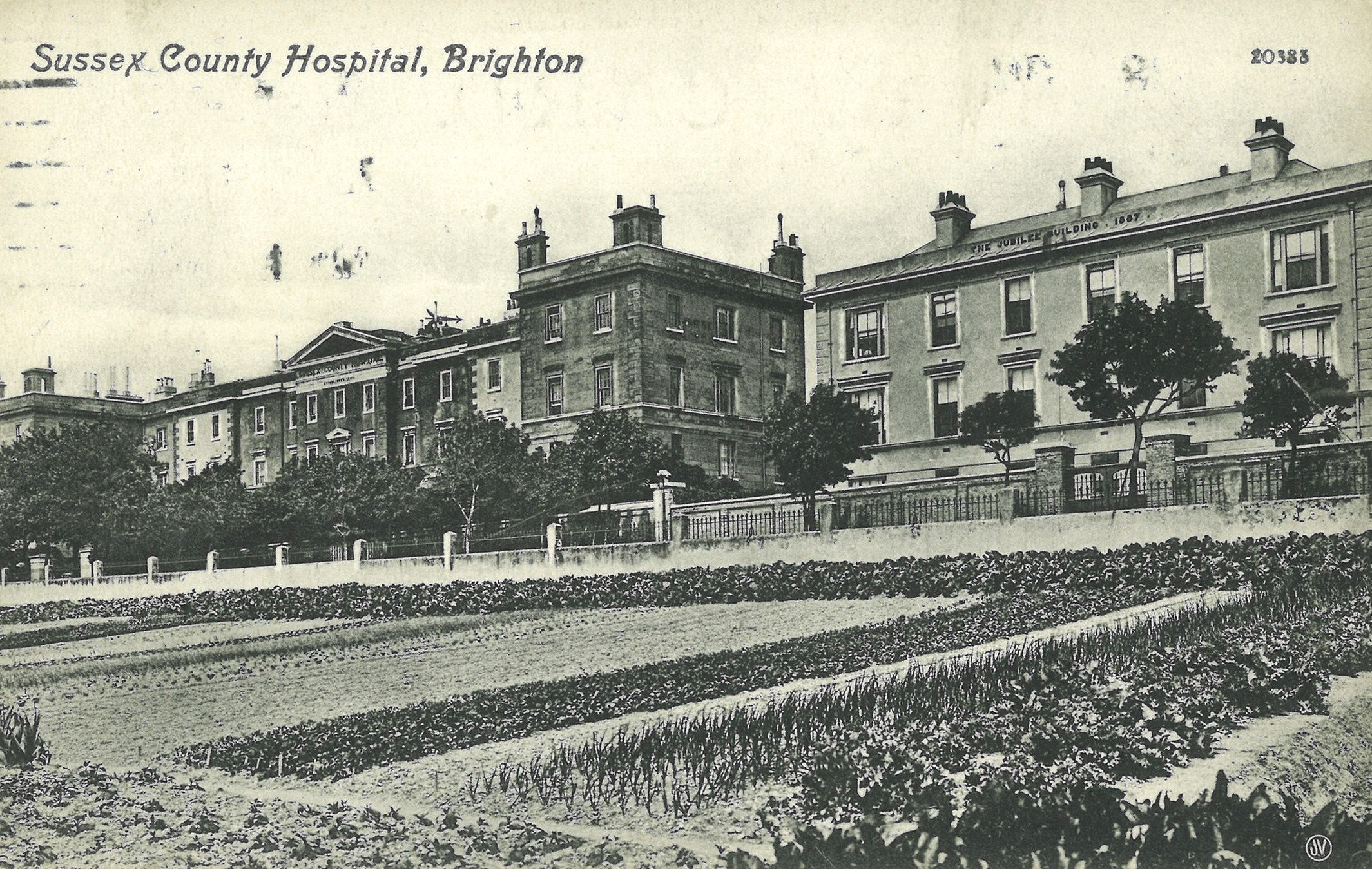 Postcard photo of Royal Sussex County Hospital taken from the south east (circa 1914), overlooking the field in front of the hospital before it was built upon. This land was originally purchased by the hospital to retain an open area of space.

During World War I the field became allotments where food was grown for the local area. Eventually the land was used to expand the hospital, becoming the site of Sussex Eye Hospital (one of local architect John Leopold Denman’s Neo-Georgian buildings), which opened in 1935.