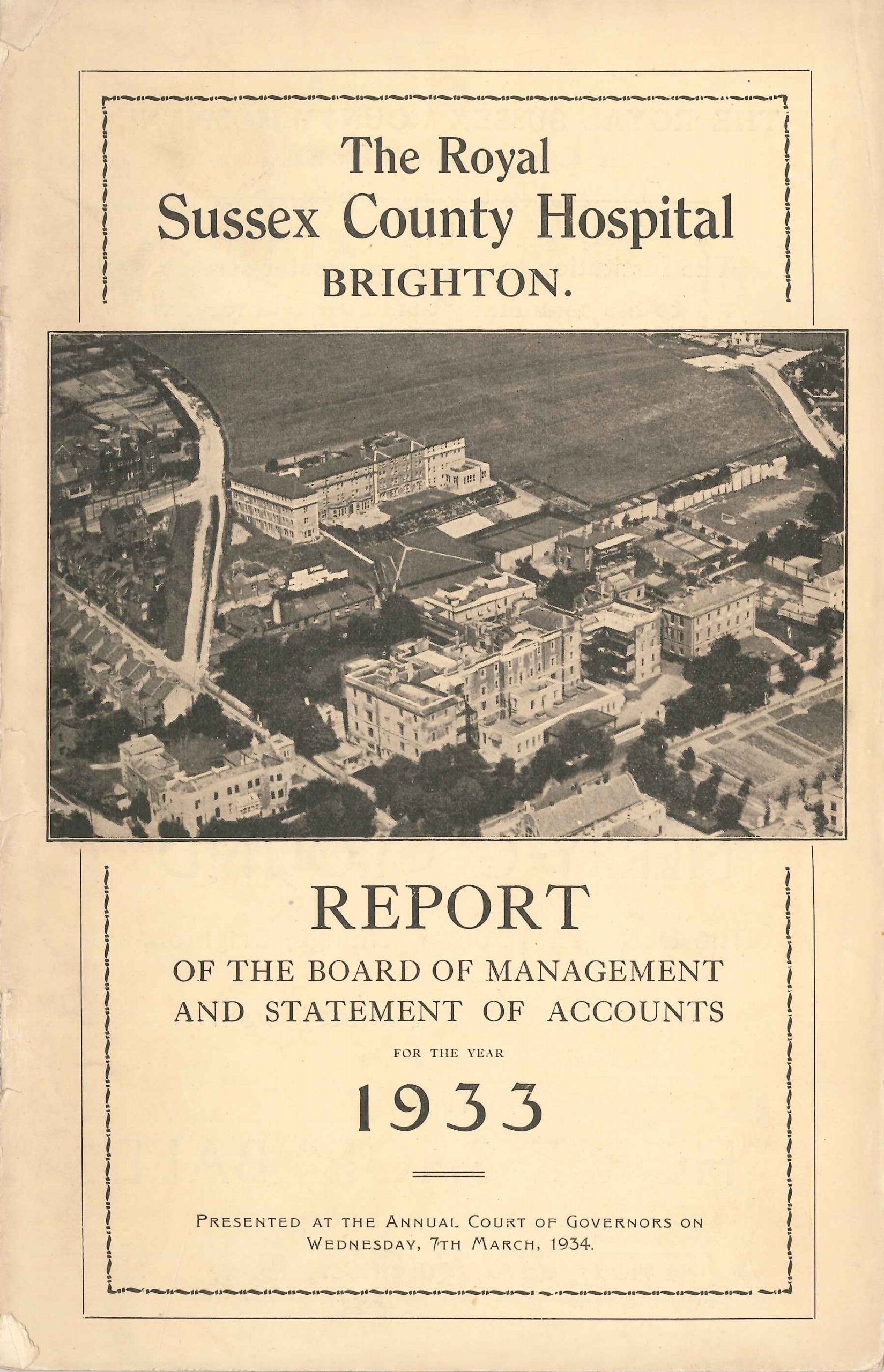 A photograph of Royal Sussex County Hospital from the air, used for the cover of 1933 Report of the Board of Management and Statement of Accounts.

The image shows the ongoing developments growing around the hospital, which include residential and additions to the hospital itself. This includes the Jubilee Block (east of the Barry Building), constructed in 1887, which was originally built to be a sanatorium.

To the south east of the Barry Building exist empty fields, where the Sussex Eye Hospital was later built. During World War I the fields were used as allotments to grow and provide food to Brighton.