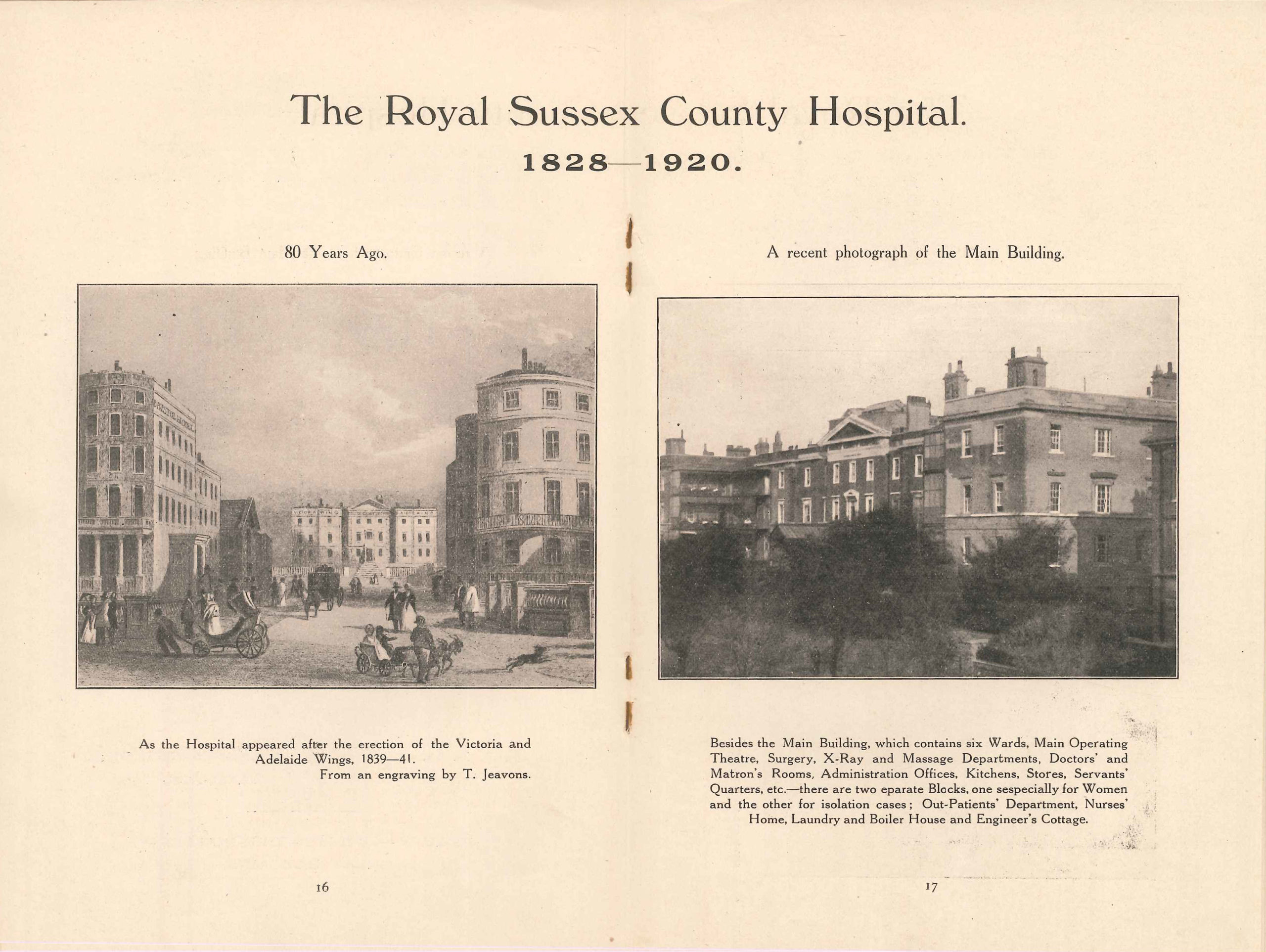 Photographs in a 1920s brochure, with a side-by-side comparison of the view of the initial hospital building as it was seen from the bottom of Paston Place in 1828 with an external view of the hospital building with its two wing extensions in 1920. These images mark a period in history during which enormous social and scientific change took place. When the hospital was first opened in 1828, Brighton was the fastest-growing town in the UK – its population had increased tenfold in four decades. George, Prince of Wales, bought the first property at the site of the Pavilion in 1786, making the already popular sea-bathing resort a key destination for the fashionable set.

Initially called the Sussex County Hospital and General Sea-Bathing Infirmary, the first hospital was built as a beautiful neoclassical building in parkland, giving the impression of order and stability, or even a grand country house. The architect Charles Barry’s Palazzo style can also be seen in the London clubs he designed and in 1840, he designed the Palace of Westminster in Gothic Revival style, for the House of Commons and House of Lords.

The century that separates these two images saw great social change. When it was built, poverty was regarded as an inescapable fact of life and a hundred years later, although there was still significant poverty among Brighton’s precariously employed and unemployed classes, political organisation challenged ideas of ‘deserving’ and ‘undeserving poor’ that were dominant when the hospital opened. The processes of change that gained momentum in the inter-war years came to fruition after WW2, when we saw the foundation of the NHS.