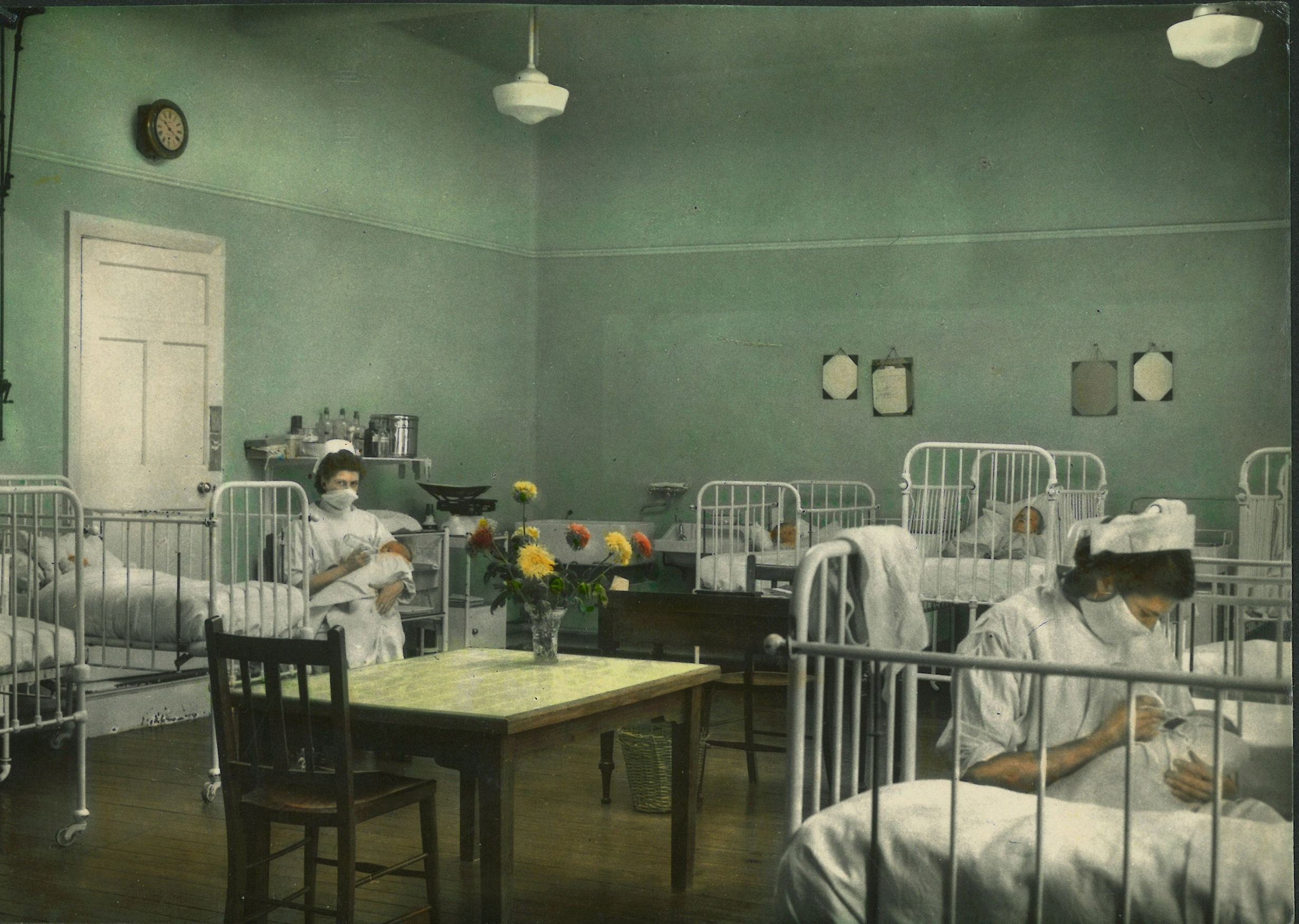 A beautifully colourised photograph of an infant’s ward at Royal Alexandra Hospital, now part of Royal Sussex County Hospital. The photograph shows nurses, equipped with face masks to protect the young patients from respiratory infections, bottle-feeding and tending to infants.

The hospital has seen extraordinary change since it opened as Sussex County Hospital and General Sea-Bathing Infirmary. Population growth, technological and medical advances but also social improvement has taken great leaps. When the hospital first opened, life expectancy in the UK was just over 40 years – in no small part due to very high infant mortality.