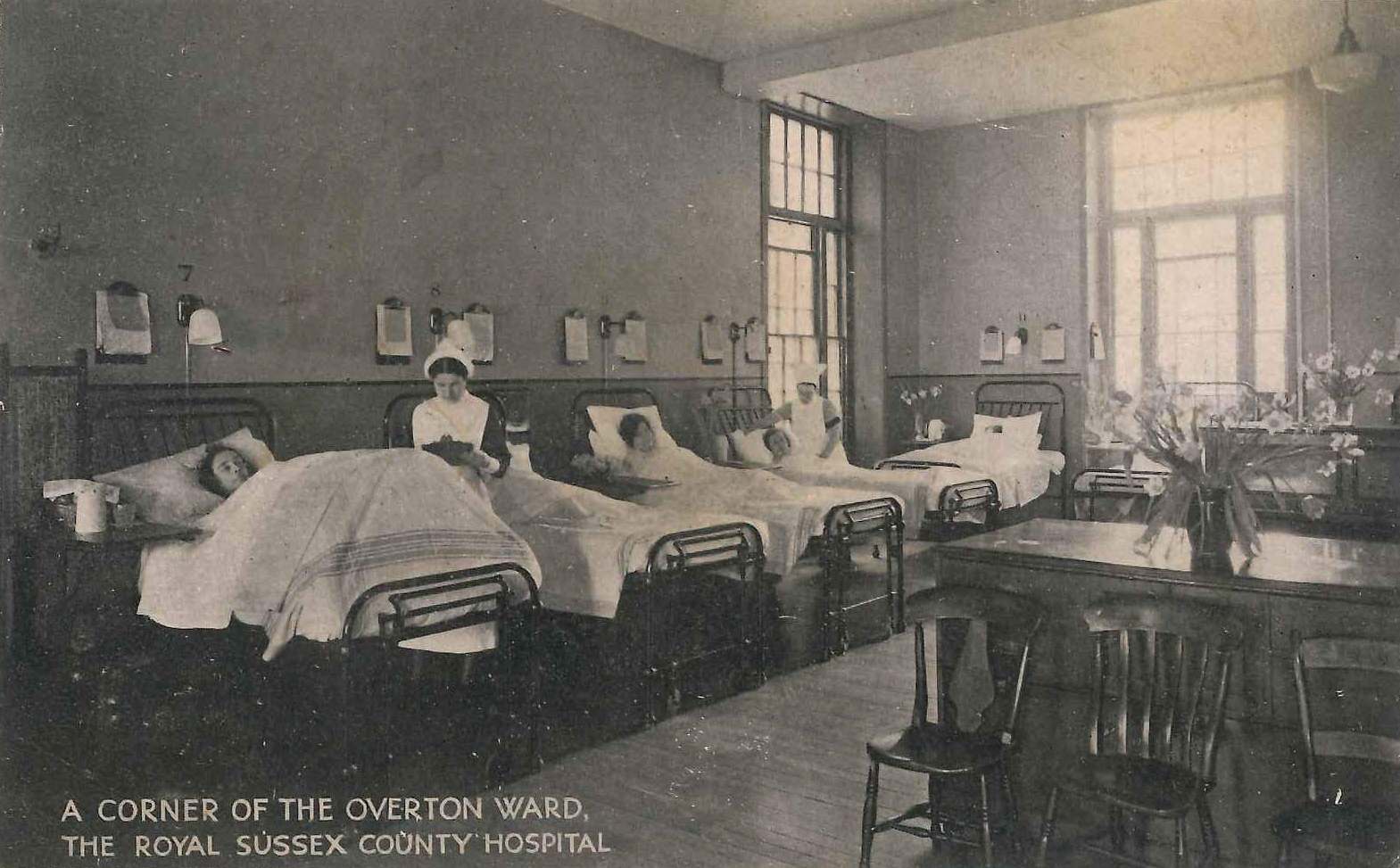 Overton Ward was opened as part of the newly built Victoria Wing in June 1839, as part of the extension to the Barry Building. The interiors were plainly decorated with simple fireplaces and slender cast iron columns supporting the large open wards.

This early 20th century photograph (circa 1912) shows the ward, probably not much changed from when originally opened, and provides a good indication of the layout. The photo shows the original sash windows still in place, though new glass gas lamps and wooden floors had been installed. These teak and oak floorboards replaced earlier deal board floors and coconut matting and were installed in the 1890s.