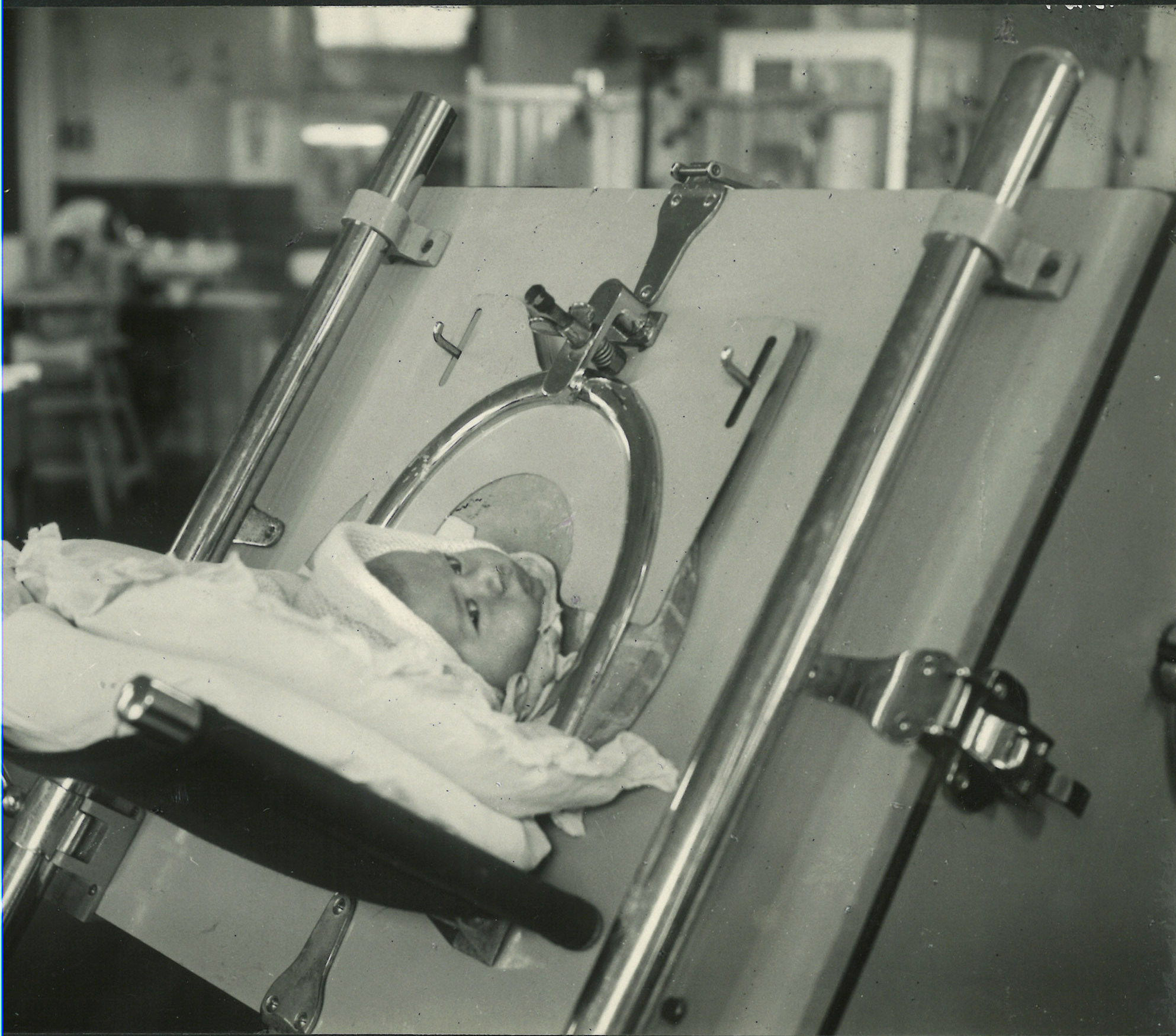 A very young patient in a so-called iron lung, the first model of which was invented in 1927. The iron lung shown in the photograph is a Both cabinet respirator, an inexpensive model which was invented in Australia in 1937 and introduced to the UK the following year. Iron lungs helped polio patients whose breathing was paralysed while they recovered from acute poliomyelitis. This typically meant that they had to spend one or two weeks inside the iron lung while their immune systems fought the acute infection.

Polio is caused by three different types of virus, and although 95% of cases are mild, some become very ill. One in 200 of those infected are irreversibly paralysed and 5-10% of those die without help breathing.

There is no cure for polio once a person becomes infected – it can only be prevented by immunisation. Until an effective vaccine was developed in 1953 by Jonas Salk, polio affected thousands of UK children every year and killed hundreds.