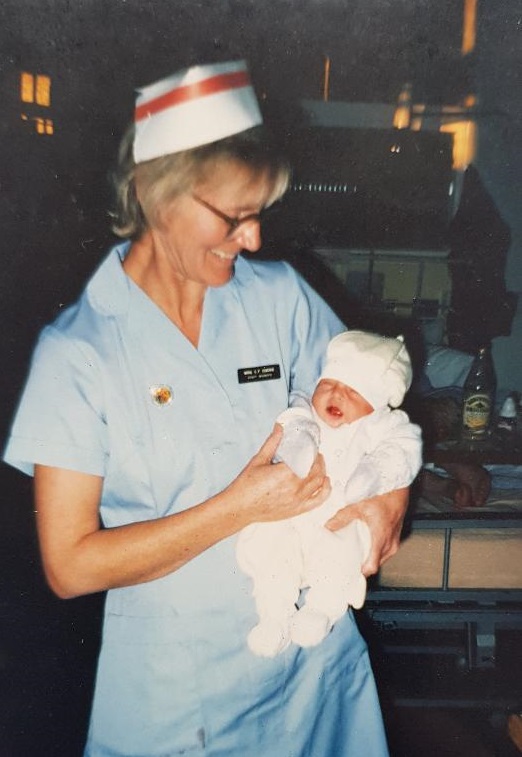 Christine Cooke was born in Chatham, Kent in 1939.

Christine talks about how she became interested in healthcare, including training at Maidstone Technical College and Maidstone General Hospital. Finished training in Canterbury, and was employed by an agency working in Brighton.

Moved to Shoreham in 1976, working at Southlands Hospital where she did general nursing and was staff nurse on the orthopaedic ward. Trained as a Midwife, 1984-86.

Christine recalls her work as a midwife, training as a student, changes in the NHS, her own stays in hospital, and working overseas including in Bangladesh, 1989-92, as a midwife and doing health visitor training.

She talks about doing a MA in Education in primary healthcare at Manchester for one year, following which she worked for Oxfam, six months in Sudan and six months in India.  Period of ill-health on return from international work, which was followed by work as a Health Visitor in Shoreham and Lancing until retirement in 2012.