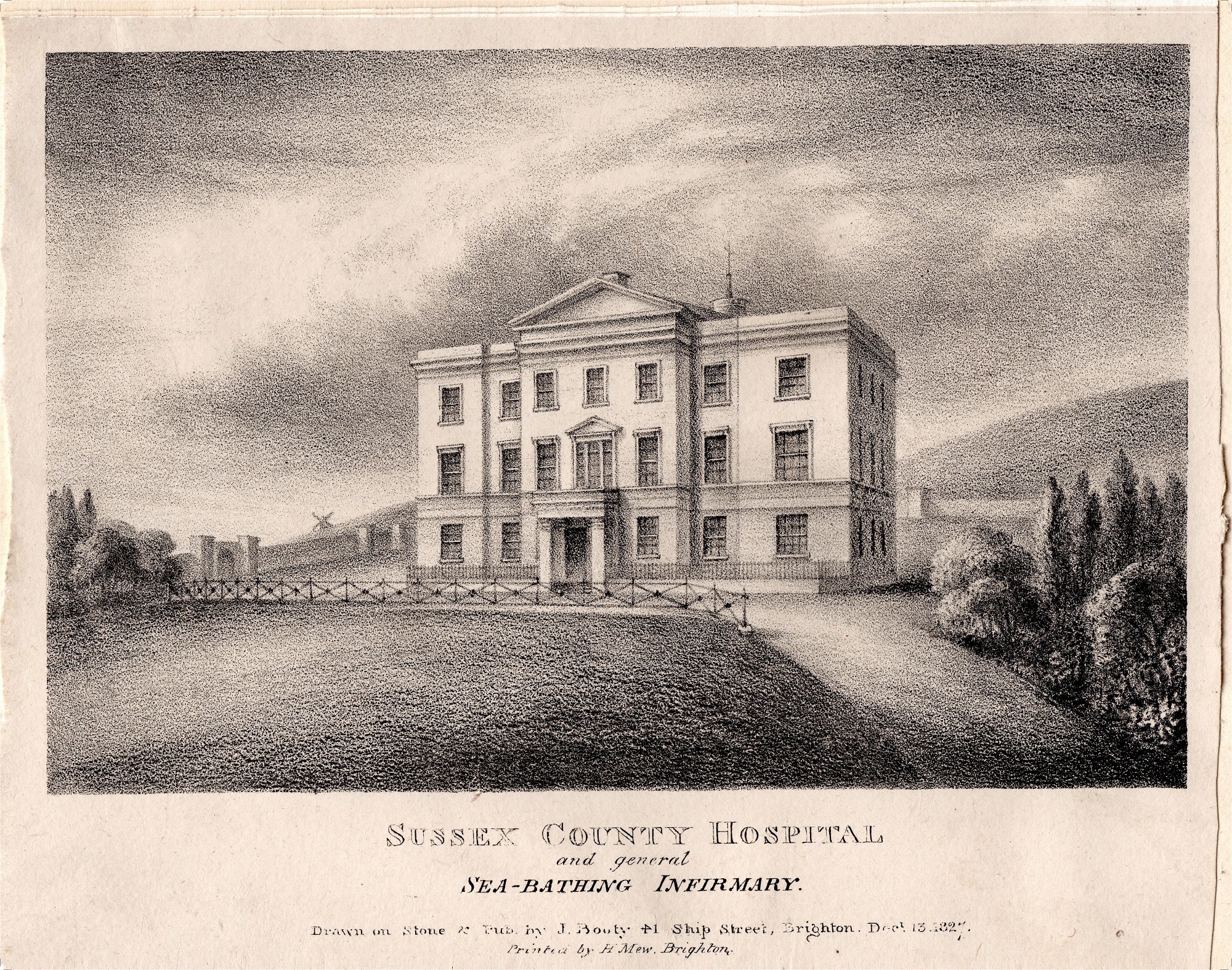 Drawn by J. Bouty in 1827, this print was made prior to the Sussex County Hospital’s opening in 1828. It shows the hospital’s Barry Building in its original condition.

A ‘Sea-Bathing Infirmary’ for Brighton was founded in 1824, with land being provided by Thomas Kemp and designs by Sir Charles Barry. Money was raised by subscription and a tender drawn up using Barry’s most basic design, with the total cost of boundary walls, a well, a new road to the sea (Paston Place) and the building itself coming to over £14,000. It was a rather plain Regency-style building of four storeys, based on a domestic scale and design style. At the time of its construction it was the only structure on the north side of Eastern Road in the area, and was set upon a hill. Soon after its opening the hospital was changed to the Sussex County Hospital and lost most of its associations with sea-bathing.